Radialization was the most notable innovation in tire technologies in the 1960s. Using a construction completely different from conventional tires of that time, radial tires achieved many advantages over the conventional tires, including superior stability, lower rolling resistance, better abrasion resistance, and lower fuel consumption. Radial tires were a watershed development in the history of tire technology.

The history of radial tires in Japan began in 1956, when Yokohama Rubber developed the first wire radial tire for trucks and buses (that tire was eventually marketed as Japan’s first domestically produced radial tire in 1963). We also began developing radial tires for passenger cars and in 1964 succeeded in trial production using a flat profile mold.

Obstacles to the commercialization of radial tires

Commercialization of radial tires required changes to molding machines and other production equipment, as well as to production technologies. In addition, new materials not previously used in conventional bias tires had to be developed. Moreover, the steel radial tires that were common in Europe faced technical concerns, such as the difficulty of adhering metal (steel cord) to rubber and, in particular, the adhesive’s fatigue resistance.

In addition to obstacles at the production stage, we faced major marketing challenges. Automakers did not want to use radial tires on their new cars because radial tires were more expensive than bias tires owing to higher production costs. While these obstacles made other tire manufacturers hesitant to pursue the commercialization of radial tires, Yokohama Rubber continued to challenge this new frontier. 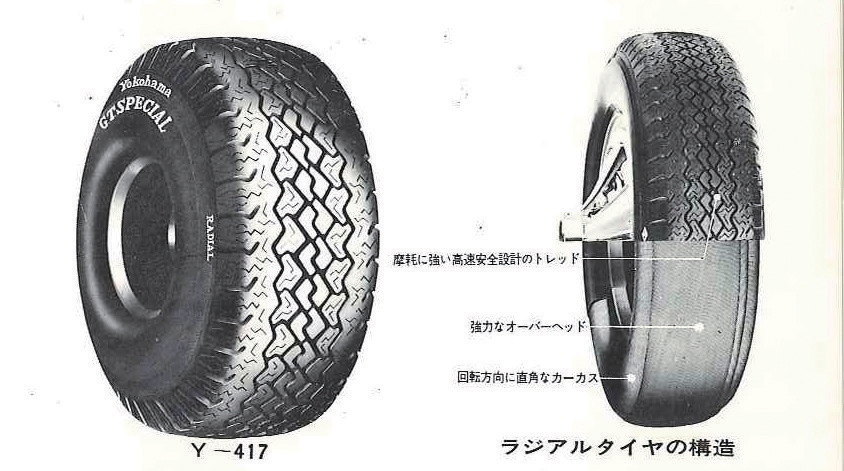 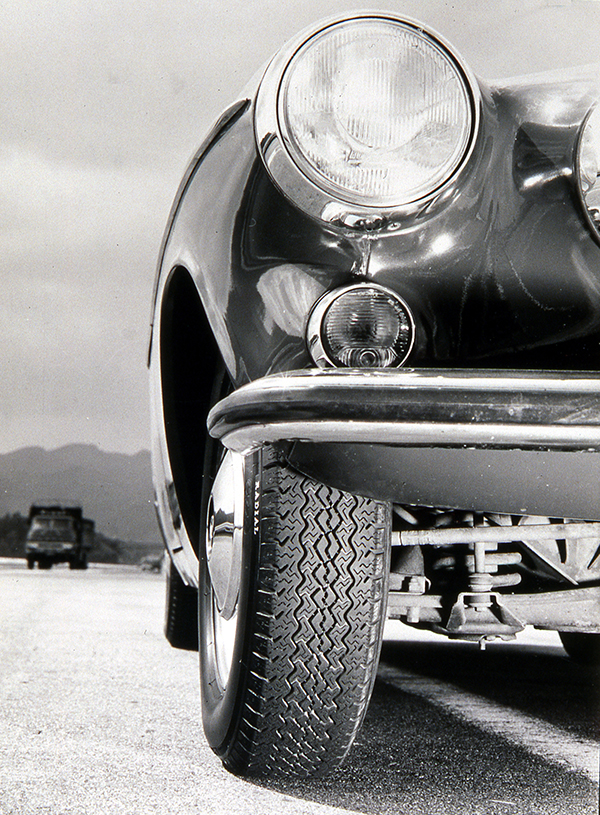 In 1967, Yokohama Rubber began exporting the G.T.SPECIAL, which became very popular in Europe and became a herald of the radial tire boom in Japan and overseas. Competitors in Japan rushed into the new radial tire market, but Yokohama Rubber held on to a dominant 30%-plus market share and for a while could not produce enough of the tires to meet rapidly expanding orders. Yokohama Rubber’s pioneering spirit and constant stance of seeking out new challenges helped raise the curtain on the motorization age.